A great, inspiring and easy way to buy back the block! Have ownership in what is rightfully yours, make money and help that money cycle within the community… Let’s thrive!

There is so much history buried I intend to share to anyone who may not be aware of it as soon as my internet is back on (Monday, ideally!)… For now I am limited to posts and I hope you will take the time to consider the videos, and the link to follow.

These towns and their self-reliant middle class and affluent residents are documented by the home movies of Reverend S. S. Jones, an itinerant minister and businessman.

Stunning and inspiring! Most of us know about Black Wall Wall Street; but there were many towns across America where Black people thrived. Whites didn’t like that, of course, and as we saw with Black Wall Street, these jealous sick freaks stole by demolishing, because they couldn’t handle not being best. It’s hard to be best when they always had others enslaved doing the work for them. But this is a happy post so!

the video footage by clicking here. I can’t embed it sadly. Article associated posted below.

By the 1920s, Oklahoma was home to some 50 African-American towns, in addition to a large and prosperous black community living in the city of Tulsa. These towns and their self-reliant middle class and affluent residents are documented by the home movies of Reverend S. S. Jones, an itinerant minister and businessman. Known and respected by the citizens of the towns whose lives he captured on film, Rev. Jones’s work offers revealing glimpses of these communities as a haven for African Americans who very often faced discrimination elsewhere in America.

The subjects are everyday life: a family on the front porch of their bungalow, shop workers at a storefront, farmers plowing their fields, children playing on seesaws in a schoolyard. Much of the material documents the economic life of the towns, from business districts filled with prosperous merchants to the homes of successful professionals, with an abundant countryside beyond.

As Rhea Combs, curator of film and photography for the Smithsonian’s National Museum of African American History and Culture, points out in her commentary, here we even find a married couple who were oil barons, proof of the extraordinary progress made in the relatively short time since the end of slavery.

The fashions and hairstyles, automobiles and horses, and even such details as a man manually pumping gasoline at a filling station make the films a fascinating record of the lives of Americans, and African Americans in particular, in the early 20th century. 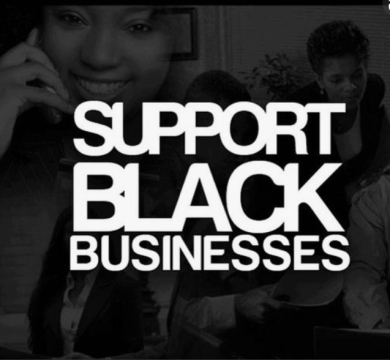 I was looking for a bank to sign up with today and thought I’d list the resources I used to find a Black owned bank. As I’ve tried to make clear as imaginable, when it is available or within access to me, I prefer to support “Buy Black” and the Black community; and there are numerous, almost seemingly endless, amounts of all kinds of businesses and that is a beautiful, wonderful thing that I hope prevails further and further until Kings and Queens rule again…,
But for now, every little bit helps, and I hope any one who reads my posts or follows me also supports Black business.

Here is the lists I used to narrow down who I would be using.

A few other sites:

There are a lot more, but for now I’ll stop and hope others are as proud to support Black businesses as I am.

This has sparked a new project in my mind…. Aiming to have it done within the next few days, so probably next week lol. TIME TO GO THROUGH THE HISTORY OF WHY THIS IS SO IMPORTANT; WHY IT MATTERS THAT YOU DON’T SELL OUT FOR A NUMBER – REMEMBER, THEY’LL GET MORE THAN YOU DO… THEY WANT IT FOR A REASON- DO NOT SELL! BUY BLACK; BUILD BLACK; STAY STRONG !!!!!!!!!! CHECK OUT  THE BUY BACK THE BLOCK WEBSITE FOR LEGIT INFO, HELP, ADVISING, ETC! And please contact this man below so he can help it get going…

NEED SOME SORT OF DIRECT CONTACT IN REGARDS TO DISASTER VICTIMS IN HOUSTON, TX………….
832.428.8566 SO I CAN FURTHER INSTRUCT MY PPL ON HOW TO DEAL WITH THE IMPENDING MICROWAVE- GENTRIFICATION (original post on FB here.)