This is for any one whom reads this or comes across and doesn’t know what white privilege is; here is a great video to explain it. If you are white, and don’t believe you have a ‘privilege’ but you want to know what we are all talking about please check this out.

I’m not sure if you Fox News watchers are aware of this or not, but Fox News and all media for that matter but Fox News in particular as they took the issue of lying to the public via the media to court- and won that right-.. it is LEGAL for these “news” channels to lie to you, to deceive you.

With that said, the first video is with a host whom I adore, Thom Hartmann, probably one of the only white men I’ve seen who can handle that racism is going on still, and correctly from the days of slavery being its roots. In this first video, he uses Bill O Riely as an example but then works his way out to any white American who more likely than not do not understand what white privilege is, or that they have it.

It’s your responsibility as a HUMAN to watch this, white people. Make sure you are not abusing your whiteness, for if you ask me having light skin is a curse. I don’t want a ‘gift’ or ‘privilege’ if others can’t have it…but sadly I can’t rid myself of my skin.

Inform yourself and make sure you are not contributing to a problem you may even think you are helping, or perhaps you think ‘doesn’t exist’- either way… I challenge you to realize, sadly, white people, especially males, have it far easier in America… Yes we know whites are victims of the police at times too; but not at the rate the Black community is. The FBI set it up this way, under Hoover, whom wanted to divide and conquer with guns and drugs… Slave patrols became modern day police, just a new name, not a real change in anything. So while white people may undergo police abuse or shootings some, it is no where close to that of Black Americans and they need to get over it.

The second video is shorter but with not as detailed, so to speak. Still, powerful and informative and definitely a video I hope anyone wanting to gain insight into themselves should see.
He is talking during the Zimmerman trial, talks about white privilege, using two tragic and real statements from President Obama as prime examples of exactly what white privilege is.

From time to time I post a petition, reason being some may not think they work however they do. Rather, they can. I’ve seen it happen on legal levels to more minor levels. So 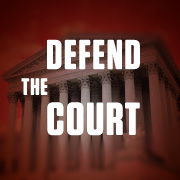 please, sign and share. Posting from email received; to sign takes literally 5 seconds if you are a slow typist. I don’t care if you like President Obama or not. If you’re out there toting your patriotic crap, you should respect the process that currently is being denied.

If you are a normal, good person; you should just want the right thing especially under an administration as scary and dangerous as this.

Trump promised to nominate someone ready to follow in Scalia’s extremist footsteps and he’s delivered on that promise. Gorsuch’s extreme record could guarantee another generation under a conservative Supreme Court that wages war on women, workers, poor people, voting rights and the environment while giving unprecedented power to corporations and religious extremists.

Progressive champion Sen. Jeff Merkley has promised to use the filibuster to force Senate Republicans to get 60 votes to confirm Gorsuch. We need to make sure Senate Democratic Leader Sen. Schumer and every other Senate Democrat stand with Sen. Merkley and use their power to stand up for women, LGBTQ people, immigrants, Muslims, people of color, workers, the environment and the bedrock principles of our democracy.

Tell Leader Schumer and all Senate Democrats: Block any Supreme Court nominee who won’t stand up for progressive values and the people most threatened by Trump’s dangerous agenda. 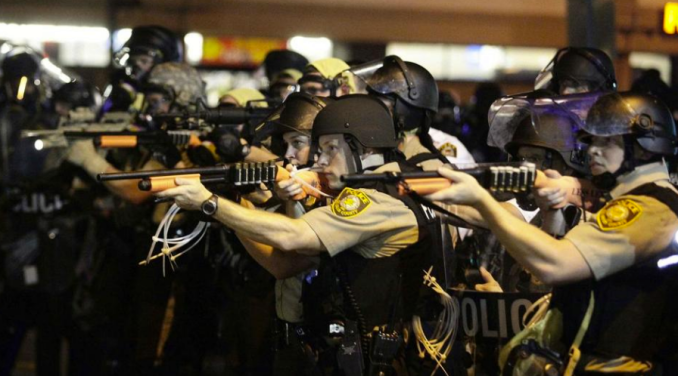 “According to the bill, city officials will be allowed to use “any means necessary” in order to break up a group of 10 or more protesters blocking traffic, “even to the point of costing lives.” -See Below

As if police departments across the US were not bad enough when it comes to double standards, racism, abuse or killing and walking away freely, now that President Obama is no longer in office the threat is at a higher risk than before. I am talking about Donald Trump, who is not my president by any means. Donald Trump, who refused to even meet or discuss the murder of Black men, women and children being beaten and killed at a highly disproportionate rate in a racist America. Under him, a bill being proposed is actually a threat in my opinion among countless other issues.

This bill I speak of in detail below, but let me start with it’s a bill that actually will allow the cops to legally take a persons life if they are blocking traffic. Under virtually any other government I’d not be worried. But under this empty and lost government which is not mine, anything could occur.

Before we go into the details of the proposed bill; it’s not as though things were great with the cops before, under any president! The lack of accountability police account for (unless the victim is a white child), their protective blue shields and the risks we’ve seen a couple of good cops take for the sake of speaking out; the lack of accountability due to loop holes (and racism) in our government, and going all the way back to the roots of the police, which are the slave patrols and the “good ol’ boy system”.

“It is communities like New York City that propel our GDP, and it’s the many folks who live in HUD-assisted housing who are a part of that success.”